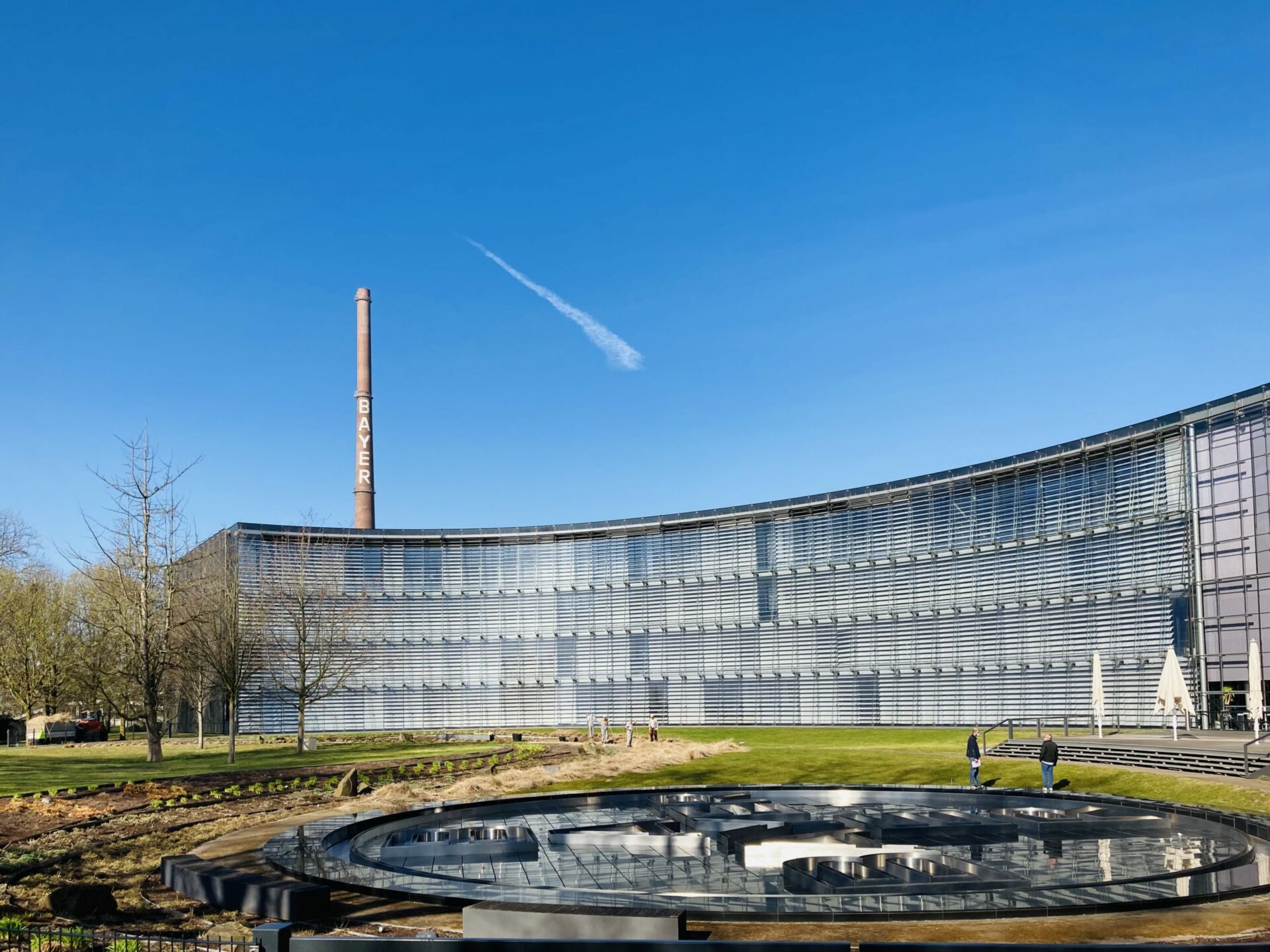 This is Leverkusen – the business location

LEVERKUSEN – IN THE HEART OF THE RHINELAND.

Leverkusen lies in a very prominent position: In the midst of the economically strong and densely populated Rhine region between the metropolises of Cologne and Düsseldorf. The infrastructure could not be better, with two international airports, access to three motorways, fast rail connections and one of the world’s busiest waterways. Around 17 million people live and work within a radius of 100 km. A large number of well-known companies are located here, and they appreciate the rapidly progressing broadband roll-out in the city. They provide thousands of jobs.

The economy is shaped by one of the most diverse chemical locations in Europe. Bayer AG, its holdings and subsidiaries as well as the companies in the Chempark continue to shape the location. The Chempark cooperates closely with the Leverkusen-based Faculty of Applied Natural Sciences. Until now, this faculty of the TH Köln has been located in the Chempark. However, the doors and laboratories of the TH Köln Campus Leverkusen in the Neue Bahnstadt Opladen will open for the winter semester 2022/23. It is also this new district that has given significant impetus to new developments in the last decade. The Probierwerk Leverkusen, a start-up and coworking initiative of the Leverkusen Economic Development Agency (WfL), is also located here. The WfL team is the central point of contact for business matters. It provides tailor-made services to support the relocation, expansion or start-up of companies. It advises on topics such as digitalisation and energy efficiency and provides contacts and networks.

With the Neue Bahnstadt Opladen, the city of Leverkusen has shown how sustainable inner-city urban development is possible even under difficult economic conditions. Leverkusen is now seizing this momentum to develop the city, for example, with a modern mixed-use development that is fit for the future. In 2023, a new municipal project development company will also take the reins for inner city development. The successful approach in the Neue Bahnstadt Opladen serves as a blueprint here. Here, the project has never been in the hands of investors, but was and is controlled and accompanied from start to finish by the city.

To put it casually: Leverkusen is a city with a great economic history and growing prospects. An entrepreneurial city with history and a future.