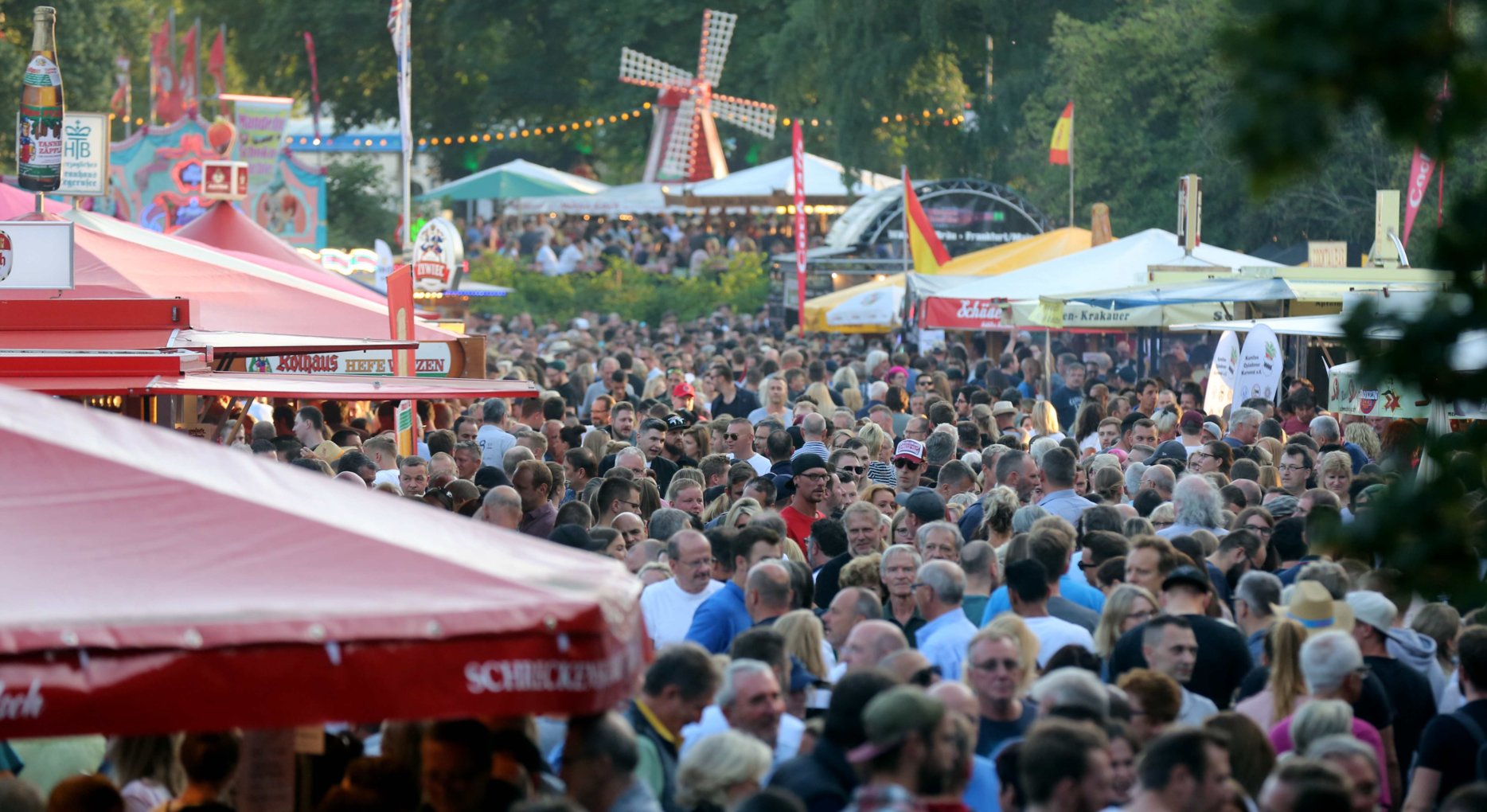 The Opladener Bierbörse festival, also called the “mother of all beer exchanges”, has its home on the grounds with the picturesque chestnut avenue and the large open meadows on the Wupper. This gives the Opladen Beer Exchange its unique flair. An extensive stage programme with live music in the huge Circus Tent rounds off the Festival of 1000 Beers and attracts over 200,000 visitors to Schusterinsel every year. This makes the event the largest beer exchange in the world.

What appeals to so many people in Leverkusen and the surroundings has long been exported by the inventor to many other German cities. The beer exchange equator now stretches from Kaiserslautern to Dresden. But nothing beats the original. After more than 30 years, the beer exchange on the banks of the Wupper enjoys cult status. From 12 to 15 August 2022, the paradise for beer fans will once again open in Leverkusen-Opladen and the performances by Schlager star Guildo Horn on the final day of the Beer Exchange can almost be described as sacred.